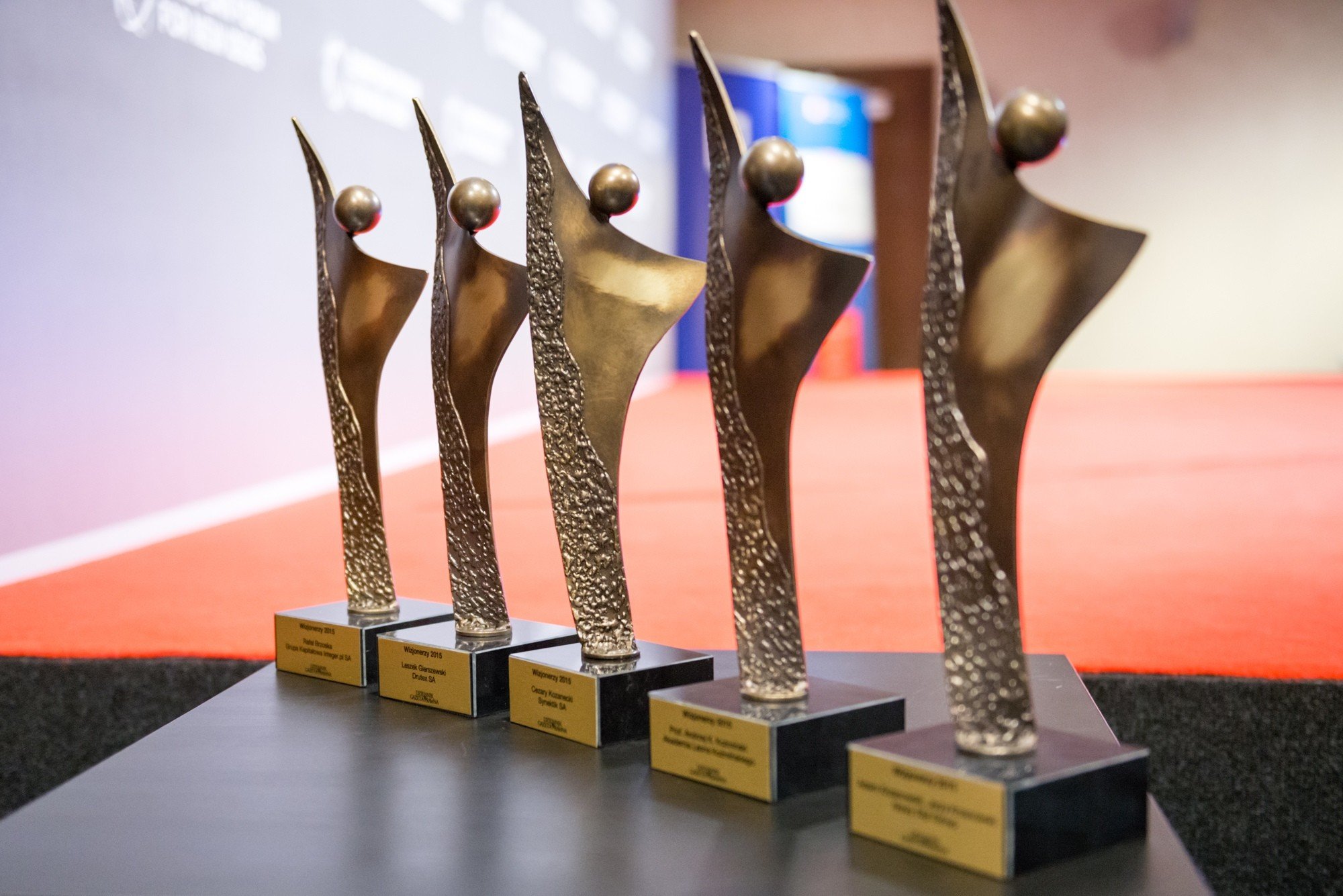 President of DRUTEX S.A.,  Leszek Gierszewski, has been awarded the Visionary title 2015, given by Dziennik Gazeta Prawna, for creating a strong and dynamically developing company, implementation of bold investments, and for building a well-recognized brand in Poland and abroad.

"VISIONARIES" is a Dziennik Gazeta Prawna award for leading figures in Polish business. The awards go to company owners and managers who have had a vision, determination and courage, who have implemented great projects despite market adversities, and who have been able to increase the company value owing to their persistence and determination.

DRUTEX is a company with a 30-year tradition. In three decades, the company founder and owner, Leszek Gierszewski, has created an enterprise that is the leader in European woodwork market, with a well-recognized brand and great reputation. Since the beginning, the company has been growing organically through successive investments in product quality, comprehensive offer and production potential. In 2013, it started the largest investment in its history, i.e. the construction of the European Fenestration Centre. The first stage of the project, that is 30 thousand m2 of production hall, was completed in October 2014, and in March this year the company already started the construction of the second stage, that is another 25 thousand m2. The project, worth in total more than 200 million zloty, has been the biggest investment of this kind in the Polish window and door industry in recent years. It has been a strategic investment that will allow the company to increase production capacity, implement even higher production automatization and optimization, and to extend the product range. Therefore, Leszek Gierszewski is implementing his vision of creating a truly global brand, and he proves that DRUTEX is a strong player in the international woodwork market, one with vision, drive and big growth opportunities.

„ A visionary is a big word, but the truth is that there is no business without a vision. In my case, I’ve never lacked courage, dreams and daring ideas. The whole 30-year DRUTEX tradition involves continuous, ambitious challenges. Although we have come so far, we are number one on the market, we set trends in the industry, we have a two-digit growth and we implement projects on global scale, I still think that there are many projects ahead of us.  We never run out of ideas and ambitions, and further success gives us appetite for more” – says Leszek Gierszewski, DRUTEX S.A. founder and president.

The Visionary Award 2015 has been traditionally given during  European Forum For New Ideas, which is an international discussion meeting of business milieus focusing on the future of Europe and its economy in the broad, global context. It has been organized since 2011 by the Lewiatan Confederation in cooperation with BUSINESSEUROPE, the City of Sopot a well as Polish and international companies and institutions.

The award ceremony took place on 2 October 2015 in Sopot.

❮  previous
DRUTEX expands its color range and offers more than 1000 different combinations!
next  ❯
DRUTEX S.A. has been awarded the Laurel of Innovation by the Pomeranian Eagle.

DRUTEX – the best employer
Our company has won the second edition of the Poland's Best Employers 2022 ranking in the Construction category.
More