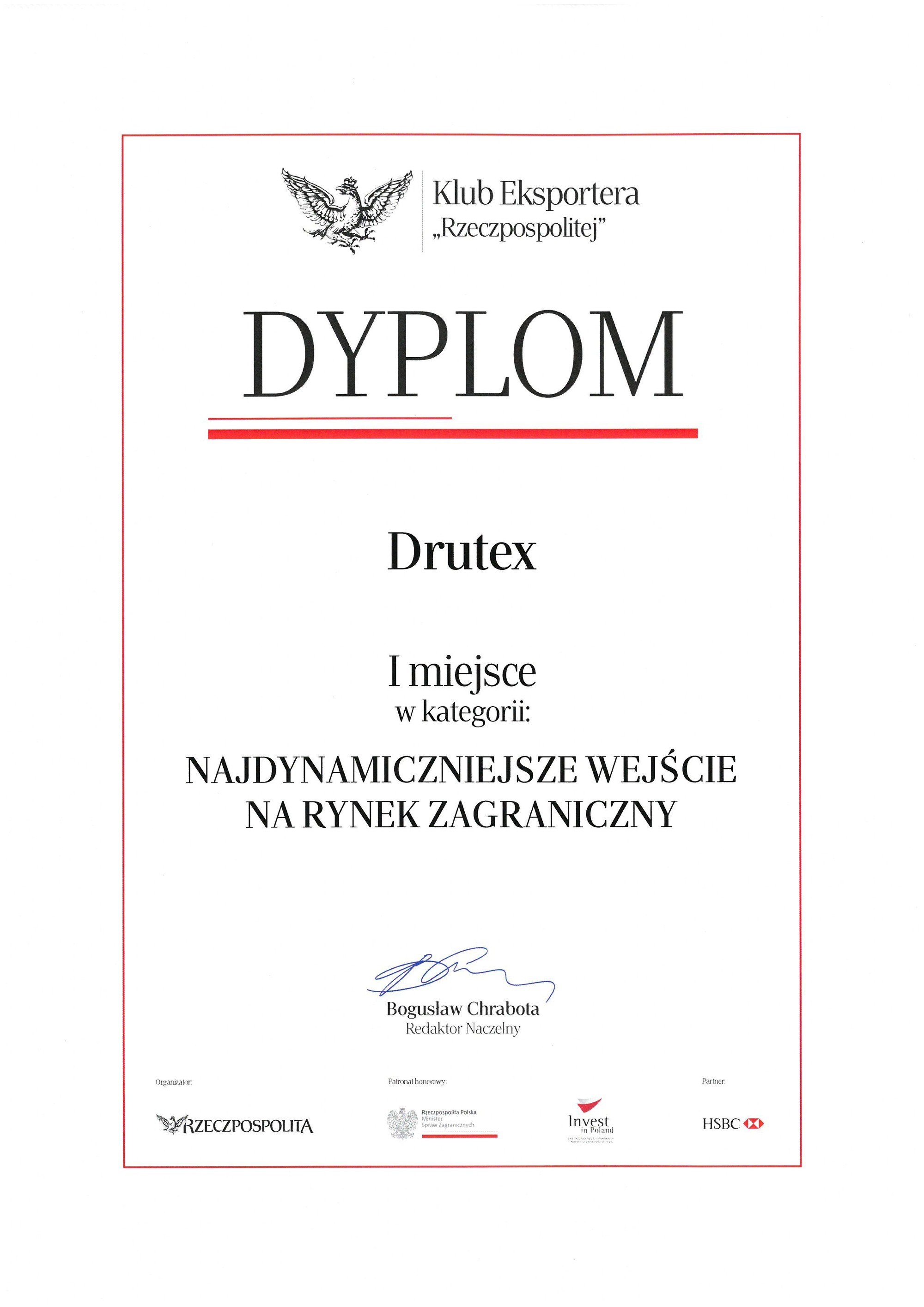 DRUTEX has taken first place in „Rzeczpospolita” daily competition that awards the best exporters. The company, with the votes from almost half a thousand entrepreneurs,  won in the category of the most dynamic entry to foreign market and was awarded in the export leader category.

The editorial board announced the plebiscite in August. The selection was conducted in three categories: export leader, where the position and stability of foreign sales was evaluated; the most dynamic entry to foreign market, and the most innovative exporter. Almost half a thousand entrepreneurs received surveys where they tipped the companies that stand out the most for their export activity. The candidates’ list was devised in by the editorial board basing on data from exporters’ rankings that the newspaper prepares regularly. One could also make their own proposal with a justification.

DRUTEX proved unrivalled in the category of the most dynamic entry to foreign market. The multi-million investments in production capacity and products, coherent strategy of expansion to foreign markets, including non-European ones, and intensive marketing activity have strengthened the company position as the industry leader in Europe. DRUTEX was awarded as the export leader for its bold actions in international markets, which confirms the company unflagging position abroad.

„DRUTEX is present in most European markets. We sell our products also in the USA, Mexico, Australia and the Near East. We are going from strength to strength owing to our dynamically developing sales network that consists of 3000 trade partners all over the world. At the same time, we are investing in our production capacity. At the end of last year, we launched the first stage of the European Woodwork Center, and in the first quarter of 2016, we will open another production hall covering more than 25 000 m2, which will allow us to become even bolder. Demand for our products is constantly growing, and we are quickly increasing our share in the European woodwork market. The potential in foreign markets is big, so we aren’t wasting time and we are investing in our development. This is where are strength lies’’ – comments Leszek Gierszewski, the president of DRUTEX S.A.

The award ceremony took place in Warsaw. In the Exporter Club gala participated guests who represented i.a. the Ministry of Foreign Affairs and the Ministry of Economy,   Polish Information and Foreign Investment Agency, the Polish Agency for Enterprise Development, Employers of Poland.