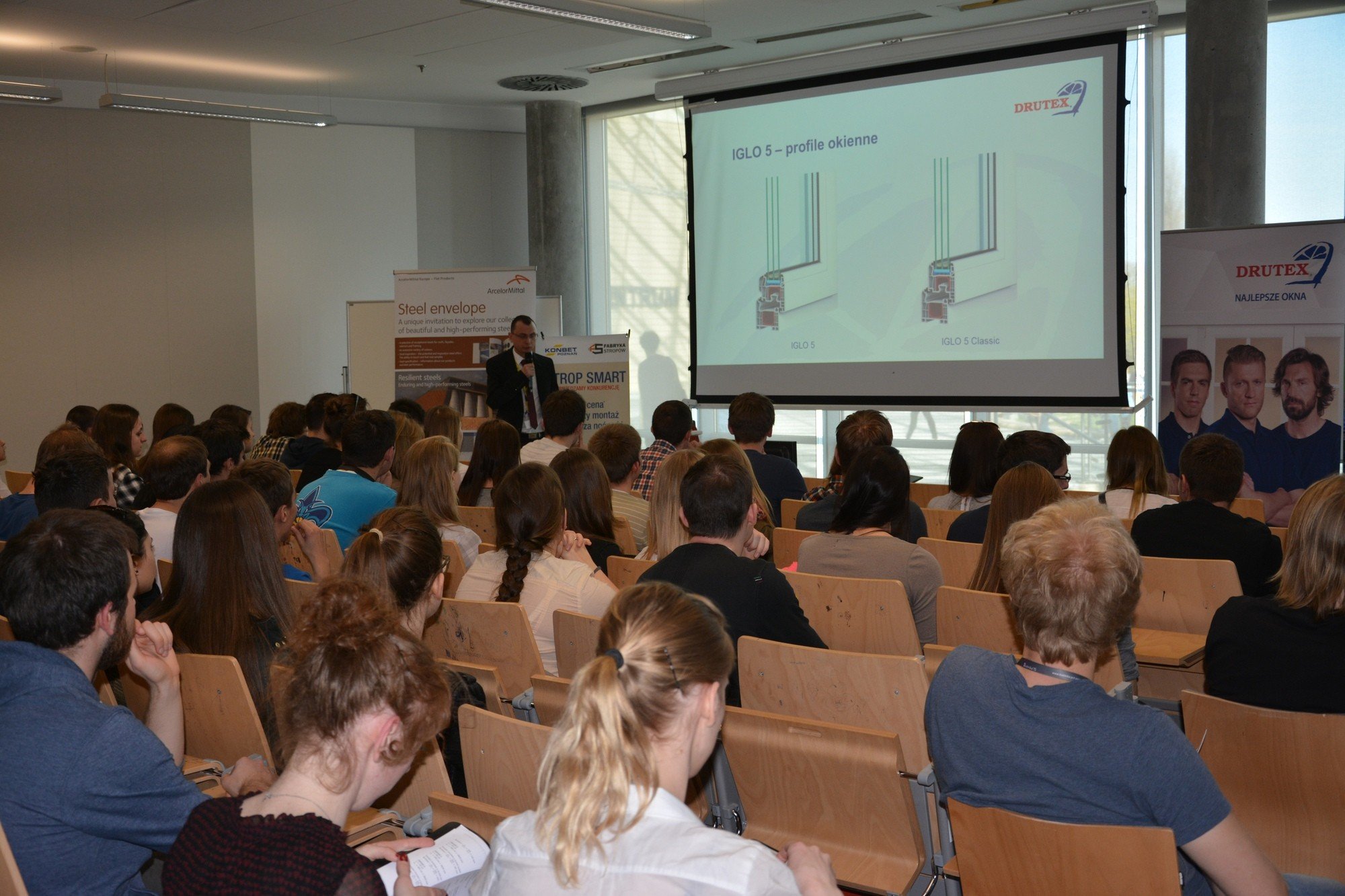 BUDMIKA - the National Student Construction Conference is in session!

Between 22 and 24 April at Poznan University of Technology is taking place Budmika 2015, II National Student Construction Conference. DRUTEX, as the European leader of window production, is the main partner of this unique event.

It is the second edition of the conference, organised at Poznan University of Technology, whose goal is to promote issues widely regarding construction and environmental engineering.

During these three April days, the capital city of Greater Poland becomes the heart of the academic engineering thought. The importance of the event is emphasized by the fact that it is conducted under honorary patronage of the Rector of Poznan University of Technology Prof. dr hab. engineer Tomasz Łodygowski, and Polish Chamber of Construction Engineers.

Budmika 2015 is an event that aims at consociating students and doctoral candidates of construction and environmental engineering all over the country, and promoting academic activity among them. During the first edition of the conference, students from the Science Club of Construction Students created an event that has taken root in the calendar of the academic community. Responding to students’ needs, Budmika has become a forum where the most gifted ones may compete, expand their knowledge, discuss and establish valuable contacts.

This year the Science Club of Construction Students has decided to expand the audience by including students of environmental engineering in order to deal with construction issues in a more comprehensive way. The Science Club of Environment Engineering at Poznan University of Technology was invited to co-organise BUDMIKA 2015, and therefore A Day of Passive Building was added to the programme of the event. The focal point this year is a debate of the Rector of Poznan University of Technology with the guests, regarding i.a. the relevance of the academic education to the requirements of the job market, and the development pace of the construction industry.

„We are happy to engage in initiatives who appeal to young people, students of construction faculties, architecture or similar fields. After all, in the future they will determine the shape and development of Polish and global construction. Promoting the cooperation between schools and business is one of the prerequisites of faster growth and increase in innovativeness of the economy. We are impressed by knowledge and competences of the students who participate in this event. It is very motivating and encouraging that construction is a field with good prospects, handled by creative people, full of ideas and good energy” – says Adam Leik, marketing director at DRUTEX S.A.
The lecture regarding marketing and woodwork production took place on the first day of the conference in Poznan. Both presentations raised a lot of interest among students who were keen to ask questions, and took part in the competition run by the company. The main prize was a t-shirt signed by Philipp Lahm – the World Champion and DRUTEX ambassador.

❮  previous
The European Fenestration Centre the Industrial Investment of the Year!
next  ❯
DRUTEX renews the cooperation with Andrea Pirlo, Philipp Lahm and Jakub Błaszczykowski.